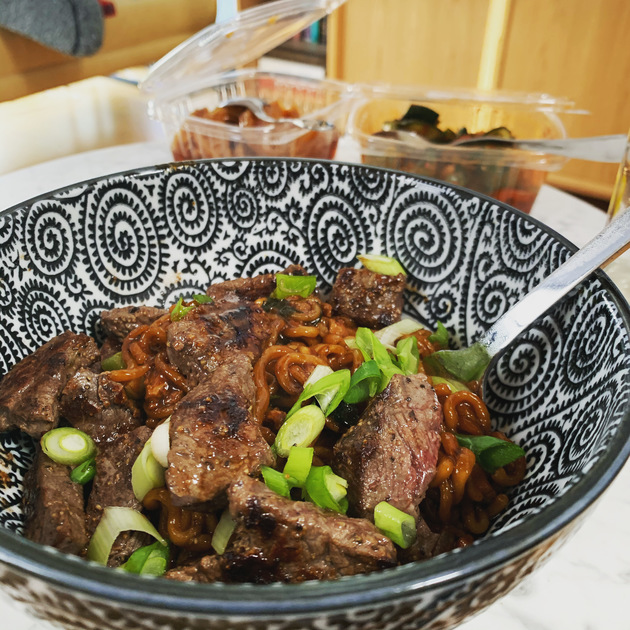 If you watched the movie Parasite, you're probably also obsessed with what in Korean is called "japaguri" or "chapaguri." The addition of sirloin is an interesting twist given themes related to the movie.

We added green onions to be fancy.

Boil a pot of water.

Meanwhile, toss steak with olive oil and salt. Set aside.

Open both noodle packages and remove the flavor packets. When the water is boiling, add the noodles, as well as the packets containing seaweed and dried vegetables. Cook according to instructions, about 4 minutes, stirring occasionally. (If one package requires more time, add it to the boiling water first and then later add the second package.) Drain, reserving 1 cup of broth. Set aside.

Heat a large pan over high heat. Add the steak and cook until medium rare. Set aside.

In the pan, add the noodles, reserved broth, and soup powder packets. Mix well. Add the the steak and mix well.