Homemade Aioli (it's worth it) 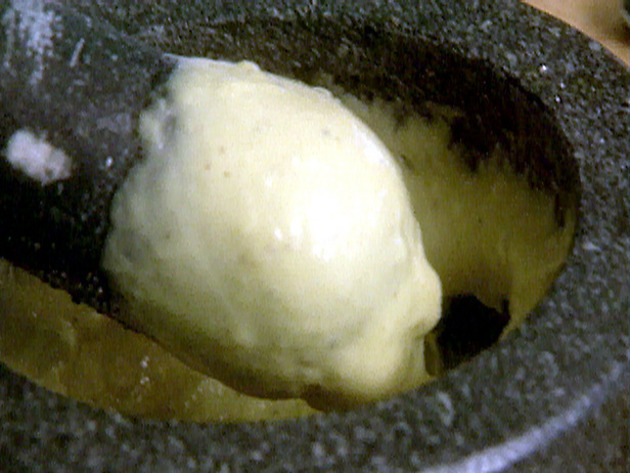 I saw the Artichoke and Aioli recipe and it made me think of the first time I had it. It was in the summer of 1992 when I visited my pen pal in France. They lived in a 200 year old country farm house that had been in their family for about that long. They grew their own veggies and raised their own chickens. I had never tasted food that fresh and simple. Granted every dinner was the evening and it started out with an aparatif, and wine, main course and wine, cheese and bread with wine, and dessert with wine. The first time I tasted home made aioli was at one of the meals there and it was the best flavor. I didn't try it again myself until I found this recipe in the New York Times. It's totally worth making if you have all the ingredients and the time to whisk. I whip it up when we have steamed asparagus and on rare occasion an artichoke. It's also great to spread on sandwiches. Bon appetite.

In a small bowl, whisk together egg yolk, garlic, mustard, lemon juice and a large pinch of salt. Beginning a drop at a time, whisk in oil. As it emulsifies, add oil a little faster, in a slow steady stream. When mixture is thick, taste and adjust seasoning. It should be highly seasoned.

Flag recipe as inappropriate
Recipe posted by fayh20 on Cookooree.com, a platform for sharing recipes. Post your recipes and share them with friends.