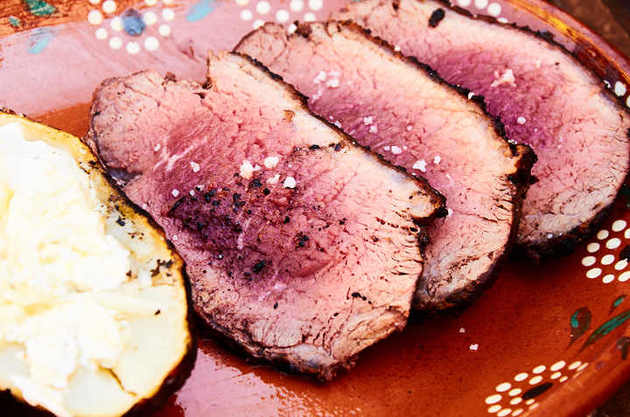 On the second kitchen towel pour the remaining half bottle of beer and salt. Cover the meat.
Wrap the meat tightly with the kitchen towels the tie firmly.
Cooking the Meat