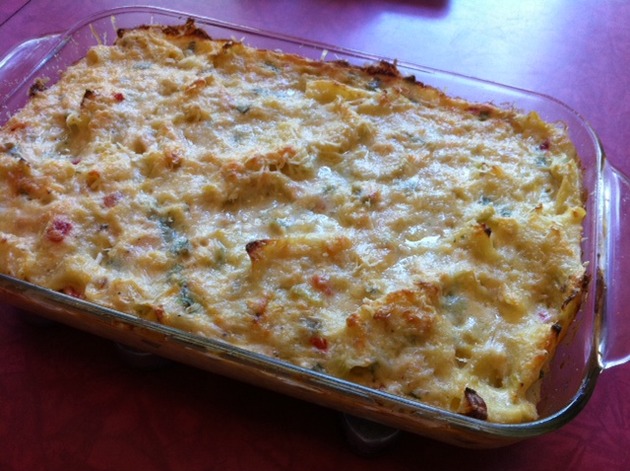 3. Remove from heat; add mixture to noodles in pot, along with tuna, artichoke hearts, and scallions. Season with salt and pepper, and toss. Divide between prepared baking dishes, and sprinkle with Parmesan. Bake until golden and bubbling, about 20 minutes.

Martha Stewart
Flag recipe as inappropriate
Recipe posted by belinda on Cookooree.com, a platform for sharing recipes. Post your recipes and share them with friends.